The 2014 season of the Big Brother Canada show had Canada waiting for a long announced war room twist. The twist was said to be the incoming of a new houseguest onto the show. However, the new houseguest joined the show on the 15th day of the show and it happened to be the 25 year old registered Psychiatric nurse, Allison White.

Three unofficial BBCAN2 houseguests, Nate Sandri, Scott Bosse and Allison White, were kept in a secret room and Canada was asked to vote for one of them to become the 15th houseguest of the BBCAN season 1. Allison white won the election and she entered into the Big Brother house on the 15th day, the same night Kyle Shore got evicted from the house.

Andrew Gordon’s eviction made it glaring that the “first five alliance” is falling apart, Allison forced a relationship between herself and the members of the new Sloppy Seconds Alliance, they include Neda, Jon, Adel, Arlie and Heather.

In week 6, Big brother kept a secret Power of Veto in the Secret room Allison alongside other former secret houseguests has been kept before. Allison was secretly taken to the room and was made to search for it with multiple clues being given to help her in the search. Fortunately, she found it and had a secret POV hidden from other players.

Again, Canada picked Allison for the POV competition and Adel decided to take it from her by using the POV he won and kept in week 3. In retaliation, Alison used her secret POV to save Sabrina from eviction forcing the HOH to pick another nominee. The HOH nominated Adel and since Arlie had been backdoored already, Adel escaped eviction and Arlie got evicted.

After Arlie’s eviction, Neda won the HOH and she was taken to the Secret Room and she was made to understand that there is an instant eviction which she has to nominate players immediately. Knowing that Allison knows so much about the Secret Home and the mystery behind how she got a POV and also confused about why she used it to save Sabrina of all better players in the game, Neda nominated Allison and Sabrina. Allison was evicted through an anonymous vote.

Allison White is the first North American intruder on the Big Brother Show, she is also the second Canadian female to win POV after Ika Wong.

After BBCAN2, Allison went back to being a psychiatric nurse. She runs a personal blog, that kind quality, where she writes her personal thoughts and emotions. She is currently living in Newfoundland and balancing her career with friends, families, relationships and hangouts. Check her on Twitter and Instagram 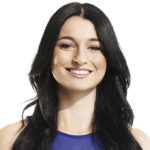 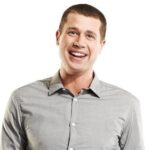