Liza Stinton was the 29 years old talon saloon owner called into the Big Brother Canada show, season 1. Life as an ordinary canadian was fair to some extent as she runs her tanning salon alongside other day to day living activities. Liza was born and bred in Toronto, Ontario in Canada.

While on the Big Brother Canada show in 2013, Liza posed herself to be straight and mean when it comes to coexisting in the same house with other Houseguests. In fact, during one of her media tours after the show, Liza complained that the show didn’t portray her well as she feels she is more of a villain than what the camera was showing the viewers.

Liza was in a showmance with Tom Plant but her actions and words in the house have viewers and critics concluding that Liza definitely has strong feelings for Peter Brown. Liza and Tom Plants showmance was the hottest showmance of the season topping social trends and discussions.

Liza has a successful and fast growing YouTube Channel where she runs commentaries, analysis and criticism on the BBCAN show. Till date, Liza’s appearance on two prominent reality TV shows earned her the celebrity tag ‘Reality star’.

Even fame can’t take away a woman’s first career interest. Liza Stinton still runs her tanning salon, one which has gained awesome popularity in Canada.

In 2014, Liza was in the news for a relationship fight scandal. She and GinaMarie Zimmerman, the runner up of BBCAN5 got into a fight on twitter. The fight which involved the duo tweeting insults at each other revealed to fans that Tom might be dating GinaMarie after the showmance between Liza and Tom became a nomance.

Liza Stinton is still based in Canada enjoying the deserving life of a reality star. Somehow, Liza has used the fame from BBCAN1 to gain followers enough for her career. She can be found on Twitter and on Instagram 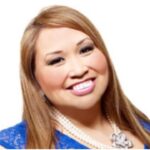 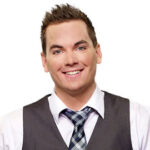