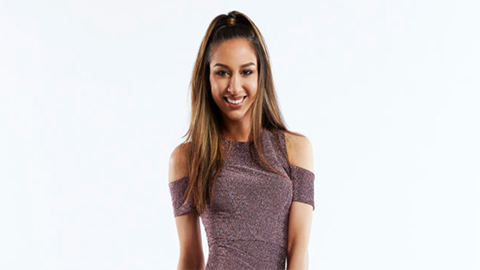 Born in the Tehran province of Iran on the 17th of September 1992, Neda Kalantar was a freelance fashion stylist who was raised in Vancouver, British Columbia.

Blunt, sassy and Clumsy Neda was the second houseguest to be privileged to be casted in another season of BBCAN in 2017.

However, Neda is a perfect definition of Beauty and brain as she is still regarded as by far one of the smartest female players with great strategies to ever cast on the Big Brother Canada Show. She is so smart that she coached Jon Pardy who never had any idea about what the BBCAN show is like before being cast and Jon Pardy won in the season finale. Although Jon Pardy betrayed her.

Neda Kalantar unseated Sabrina, the founder of “the first five alliance” as the queen of the game when Canada as the Head of Household disrupted Sabrina’s strategies which in turn fell her empire.

Neda alongside Jon Pardy was able to convince every other houseguest who had their target on Sabrina’s alliance to join their alliance “The sloppy seconds”. Neda and Jon dominated the house and they had absolute influence over every competition, game, task, eviction, nomination, and event. Her Loyalties include Jon Pardy, Heather Decksheimer, and Sabrina Abbate.

Neda, Jon and Sabrina made it to the ‘final three’ and in that same week, Jon had the head of household power. Jon is given the power to pick between Neda and Sabrina who makes it to the finals two with him. Well, Jon who saw Neda as the one with the blessings and love of the jury decided to forget loyalties and he evicted Neda, his ally, coach, friend, and lover, and saved Sabrina to the finals.

Post show interviews and events revealed that Neda understood why Jon evicted her. She also confirmed that she would have evicted herself if she was John Pardy. It was reported that she asked for a one week break from their relationship to process the whole shock and emotions.

However, the duo got back as a couple and moved in together a month after the show ended and Neda went back to being a fashion stylist

Neda Kalantar for a second time was called on the BBCAN show in 2017 as a houseguest and player.

In 2017 also, she appeared on the Teran Show to talk about her life before and after the BBCAN. Neda Kelantar social media handles include Twitter and Instagram.