Nicknamed Roro, Rachelle Diamond was born on April 30, 1993, and she was a college student from Edmonton, Alberta in Canada. Her middle name is Shaina. Said to be loud, talkative and funny, she auditioned for the show because her friends thought she would do great on the show, which she did to a fine extent.

Rachelle’s first challenge in the house came as a result of her naturally loud personality. She planned on playing low and staying off the radar while in the house but her being the ever outgoing and funny character, she made friends with nearly all the female players in the house.

Her loyalties include Sabrina Abbate, Kenny Brain, Sarah Miller, Allison White and Ika Wong. She was a member of the unpopular Gremlins alliance. An emergency alliance Sabrina Abbate formed to quickly make up for the already crumbled First Five Alliance. Unfortunately, Neda Kalantar was far ahead already as she had nearly all other players on the sloppy seconds alliance before Sabrina could make substantial convictions.

However, Rachelle Diamond remained loyal to the Gremlins alliance and she played well until her eviction on the 57th day, finishing 6th place. As a result of this, Rachelle happened to be the only member of the jury who wasn’t a member of the sloppy seconds alliance.This made her work as a jury a bit difficult as her votes do not always count.

Rachelle was evicted by Adel Elseri. In a post-eviction interview, she claimed to have seen it coming but was hoping for a crazy twist that will change the game.

She claimed Adel Elseri had told her she was his target because she sees him as a strong contender no one will want to go to the ‘final two’ with. Rachelle and Sabrina were up for nomination and in an anonymous vote of 3-0, Rachelle Diamond was sent out of the Big Brother Canada Season 2 Show.

Rachelle won the Head of Household challenge in week 4, got nominated for eviction 3 times on day 43, week 7 and week 8. She won no Power of Veto competition. Rachelle voted in the minority four times which happened to be the most times of any BBCAN houseguest to do that.

Rachelle Diamond went back to finish her college education and is now into full time modelling and make up artistry since she has always been a makeup freak and an enthusiast. She runs a Youtube Channel where she uploads videos on tips on Make-up, how to videos, criticism and analysis of trendy cosmetics and also advice on Beauty products.

Rachelle Diamond’s dream company is Jacklyn cosmetics. She has since forever wanted to be a part of the Jacklyn Cosmetics PR team. Rachelle is not active on Instagram but she is, on Twitter 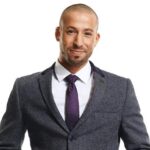