Rupert, a 27-year-old civil technician from Kelowna, BC, beat out 15 houseguests to be named champion and Anthony Douglas, a 31-year-old gas inspector from Richmond Hill, Ont clinched the runner-up spot.

The 27-year-old Kelowna-based civil technician was handed the title on Thursday night following a unanimous vote from his seven former houseguests after securing the final Head of Household competition and racing through a high-energy plea to the cast where he proved he had the biggest impact on the game with his incredible social charm, ruthless strategic power moves and seven wins of the 14 competitions he competed in.

As the winner of Big Brother Canada Season 7, Rupert walks away with a grand prize of $100,000, $10,000 worth of groceries, a $25,000 home furnishing makeover from Leon’s, and a trip for two anywhere in the world courtesy of Contiki Holidays. 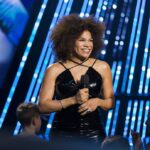 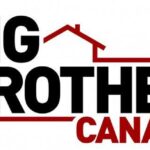