When the Big Brother Canada show came calling, Anick Gervais was a 28 year old Reiki Master from Hammer, Ontario. Anick is Eclectic, Outgoing and spiritual. Anick got on the show because she needed the cash prize to build and start a healing school in a bush.

She has a bubbly personality which got her famous and drove all attention on her. In a post eviction interview, Anick said her pretending to be cool in her first two minutes in the house was the most boring two minutes of her life.

Anick Gervais’ offbeat personality made her an early target by other houseguests. Anick also became popular when she started a so-called “Love Revolution”, something as offbeat as her.

Anick Gervais was evicted on the 8th day on the Big Brother Canada Show. Anick claimed Paul Jackson had told her that he sees her as a great threat to him on the show, so he is using his Head of Household power to put her on the block. Anick also claimed that she sees herself as a great player and a threat to Paul Jackson because Paul Javcson knew she was skilled in reading human minds. Paul confirmed this when Anick outrightly told him she knew he was putting her and Andrew up for eviction.

Her mind-reading ability irritated and scared Paul Jackson and in the first week, Anick Gervais found herself on the block alongside Andrew Gordon. In a vote of 11-1, Anick Gervais became the first houseguest to be evicted out of the Big Brother Canada Show Season 2. Anick Gervais had no Head of Household wins and no Power of Veto wins.

However, she used to run a Youtube Channel where she documents her semi psyche and offbeat personality. The channel has now been deactivated. Anick Gervais had expanded career-wise. She has added a few other titles to her field of profession. Anick is now a motivator, motivational speaker, Entrepreneur. She is happily married and is a mother to a pretty girl. Anick is active on Twitter and on Instagram. 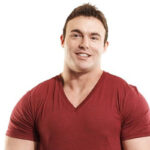