Before the Big Brother show, Sarah Hanlon was a 27 year old Cannabis Vapor Lounge Employee from Toronto, Ontario. Sarah Hanlon is a lover of Cannabis and a proud stoner who didn’t hesitate to be open about it on the show. She is a weed activist, LGBTQ and a great social player. Sarah sees herself as a witch because she knows she can read people.

While on the show, Sarah Hanlon was fond of shifting from one friendmance to another despite the fact that her alliance pledge is with the Minority Alliance. If not all, Sarah Hanlon had loyalties from other alliances on the show. By this, she is an unannounced member of nearly all other alliances. She identifies with Fembots Alliance, SSB Alliance, Hexagon and Minority Alliance. Her loyal allies include Naeho Sareen, Brittnee Blair, Willian MacDonald, Johnny Colatruglio, Sindy Nguyen and Godfrey Mangwiza, whom she went to the finals with and won him.

Critics and analysts described Sarah as a grown-up version of Lisa Simpson. She might not be good at winning competitions but she is very lucky at winning. She always wins at the perfect time she needs the gains of winning. Twice, she won the Head of Household competition in weeks 9 and week 10. She won the power of veto once in week 8. Sarah lasted very long in the house without winning any POV or HOH. Her first win didn’t come until week 8. Sarah won her two Heads of Household in a double eviction.

She was able to play her game until she got to the final two and in a jury vote of 7-2, Sarah won Godfrey Mangwiza as the winner of the Big Brother Canada Show, season 3. With the knowledge that Jilian Maclaughlin won BBCAN Show by a mistaken vote, Sarah Hanlon can be said to be the first legitimate female winner of BBCAN Show.

After going home with the winning prize of $100,000, Sarah went back to being herself, although there is the huge change of being the latest reality TV Star. By far, She went on to be one of the most active ex houseguests in the BBFamily. She is the host of her own BB Talk Show. Sarah is a leafly ambassador and model. She is also an activist of the popular Defund the Hamilton Police movement. Sarah lives in Hamilton, Ontario, where she writes and also hosts her show. She can be found on Twitter and on Instagram. 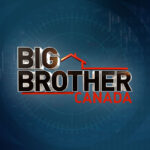 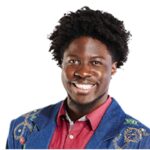