Emerald ‘Topaz’ Brady would have had an ordinary BBCAN1 Houseguest participation if not for the costly and controversial vote she casted at the finale. The vote was an irreversible vote that crowned Jillian MacLaughlin as the winner of the Big Brother Canada season 1.

Popularly called Topaz, Emerald Brady before BBCAN1 was just a 27-year-old Guayenese-Canadian who lived an average Canadian lifestyle as she doubles as a Student from Scarborough, Ontario and a Part-time dental hygienist and assistant. Topaz Brady can be described as a caring, fun, wild, smart and interesting person. All these attributes she demonstrated in all her relationships with fellow Houseguests.

She was found in a love relationship with fellow houseguest Alec Beall, a relationship which didn’t make it past the show period. She was also close pals with Gary Levy, with whom she went on to form an alliance named “secret wedding” alliance.

While on the show, she was known for her constant ‘nappings’ which later got frustrating to see for other Houseguests and some viewers. In a post eviction interview, Topaz defended that she was always napping because she was a busy woman in her pre BBCAN life and the show was an avenue to rest from it all.

She was not very fit physically but she was a threat to others in the game. Through one of her Head of Household wins, she was able to successfully evict AJ, although Andrew Monaghon was her initial target. Her game plan started failing immediately her alliance allies Gary Levy, Alec Beall got evicted.

On the 50th day, one of the double eliminations week, Topaz eviction was orchestrated by Peter Brown who refused to use his Veto Power for her after having made Peter Brown an affiliate of secret wedding before Gary and Alec evictions.

Topaz was the first female member of the BBCAN1 jury and the first to make a costly mistake of ‘vote miscast’ on the show. Gary Levy had been evicted from the show before Topaz but he got lucky and was recalled to the show on the 57th day when Peter Brown got evicted.

The event was controversial which stayed in the highlight for a while but amidst it all, Topaz Brady went back to being a student. Upkeeps on Topaz Brady reported that she is married with two beautiful children and settled in Miami Beach, Ontario, Canada where she lives a private life with her family. Catch up on Topaz on Twitter. 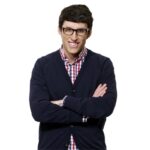 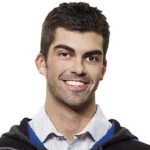