Another very Popular Houseguest of Big Brother Canada who by classification has earned a spot on the lists of Global Celebrities is the sassy Ika Wong. Ika Wong can be classified as one woman who went from being just a reality Tv Star to being a global celeb.

Ika became the highlight of the show due to a nomination dilemma where she picked $5,000 over helping her fellow houseguests have access to receiving a letter from their individual home.

She was born on October 3, 1984, in Montego Bay in Jamaica and she self migrated to Thornhill, Ontario. A pre-show interview had her revealing that she is of double origin. Her grandfather is Chinese and her grandmother is White and Black.

When she was 17, she got pregnant and was disowned by her mother and she had to survive on her own with a child. Ika Wong was a hair stylist when she was called on the show.

Her loyalties include Adel Elseri, Neda Kalantar, Jon Pardy and Rachelle Diamond. On week 3, Ika won the HOH competition. She, in collaboration with other female Houseguests, targeted Heather Decksheimer for eviction. Unknown to Ika, Sabrina and Sarah belong to the secret “first five alliance” and they were secretly planning to evict Paul Jackson.

The five alliances successfully evicted Paul Jackson instead of the generally agreed Heather Decksheimer. In retaliation, Ika decided to go after Heather on her own but couldn’t do much. The other players began to see her as uncontrollable and she became a target. Rachelle won HOH and Sabrina was able to convince her to backdoor Ika. When Ika was nominated, an interesting event occurred.

Ika was privileged to choose between the prize of $5,000 or letting big brother give each of the houseguest letters from home. Sassy Ika Wong chose to take the $5,000 prize. This sparked more fire and in an instant 8-1 vote, Ika Wong was evicted from the Big Brother Canada Show Season 2. Ika was the first female in BBCAN to win POV in week 3. She won the HOH Competition once and she was not part of any secret alliance except the open all-women alliance.

Ika Wong was one of the ex-houseguest to get called back onto the show and in the season 5, 2017, Ika Wong appeared as a houseguest for the second time on the Big Brother Canada show.

Ika Wong currently lives in Toronto in Canada. She is married and blessed with two sons. She is currently an influencer and a YouTuber, she has a YouTube Channel she runs with Demetres, her showmance from the BBCAN 5. She is on Twitter and on Instagram 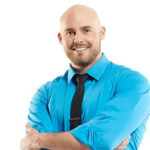 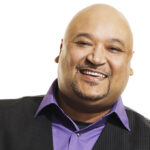