Heather Decksheimer appears to be bold, attractive and bubbly but one might be shocked to realise that she can be loquacious, gentle and mean when she needs to be. Heather Decksheimer was only a 22 year old model agency coordinator from Calgary and Barrhead in Ontario when the Big Brother Canada show invited her to be a houseguest on the second season of the show.

While on the show, Heather was famous for her underdog strategy in the house. Heather was a very calm player who doesn’t appear to be a strong contender. Hence, against all troubles, odds and challenges, Heather fought hard to make the final four of the Big Brother Canada 2014 show.

Heather played a very low profile game with basically no highlight but she made it as far as the final 4. However, at a pre-opening interview, she mentioned that she plans on entering the house to lay such a low profile in order to make other houseguests feel she is not a threat. It worked, but Sabrina Abbate and Neda Kalantar knew the game better.

Heather was nominated for eviction twice in a row, in weeks 3 and 4 and weeks 9 and 10. She won HOH once in week 6 and POV in week 9. Despite all these, the smart blonde made it to the final four. She and Arlie were the only BBCAN2 Jurors to always vote with a majority.

After the show, Heather Decksheimer went back to her fashion styling. This time around, the fame she had garnered from the BBCAN2 show helped her rebrand her fashion business and also appeal to a wider audience. She now works as an actress and a Voice Artiste.

Heather Decksheimer is an outgoing, fun and bubbly personnel who is not active on her Twitter and Instagram 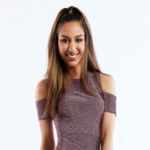