Zach Oleynik was nicknamed Captain Canada when he appeared on the Big Brother Canada Show in 2015. This is because of his “self believed to be smart” ideas which he always projects on the show.

Before Big Brother Canada came calling, Zach Oleynik was a 22 year old college student from Regina, Saskatchewan. Zach plays on the school’s football team and this made him believe he had the potential to win the BBCAN Show.

Zach had always wanted to balance his loyalty between two of the majority alliances on the show, The Chop Shop alliance and the Purple Cobras. To some extent, he was successful at it as he played the game perfectly at the beginning. His first mistake was when he thought he had maintained the balance enough and he went ahead to fully explore his secret alliance, Newpod alliance, with Jordan Parher. This became his first undoing when Jordan asked that they both maintain the Newpod Alliance while they exploit the Chop Show Alliance and the Purple Cobras.

Things fell apart when Zach became Head of Household and left Jordan on the block. Jordan went home from the block. The result of the event shocked other houseguests and they were able to see through and beyond his acts of deceit and betrayal. Since then, all the houseguests had Zach as their target. His only hope was Diaper Alliance which he was a member of. Zach got lucky from there on and his alliance went on to win the next two Head of Household competitions. The week after his last HOH win, he got lucky as Bruno Lelo used his Power of Veto win to save him from the block.

In his final week, it happened that Brittnee Blair had been on the block and Brittnee successfully planned a coup d’etat that dethroned the reigning HOH. Brittnee also used the same coup d’etat to break herself and Godfrey Mangwiza from the block and put both Zach and Bruno as block replacements. The same event led to Bruno’s eviction.

Throughout his days on the show, Zach Oleynik won 1 Head Of Household in week 5 and 1 Power of Veto in the same week 5. He was a member of Newpod alliance, The Chop Show Alliance and the Diaper Alliance. His allies were Jordan Parhar and Ashleigh Wood.

Post Big Brother, Zach Oleynik doesn’t have too much going on publicly. He once had a Twitter clash with Peter Brown from Season 2 but when he became a guest on the Big Brother Side Show, Peter Brown forgave him and both are now on good terms. Zach Oleynik is active on both Twitter and Instagram 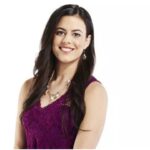 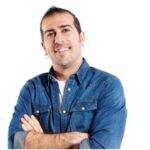